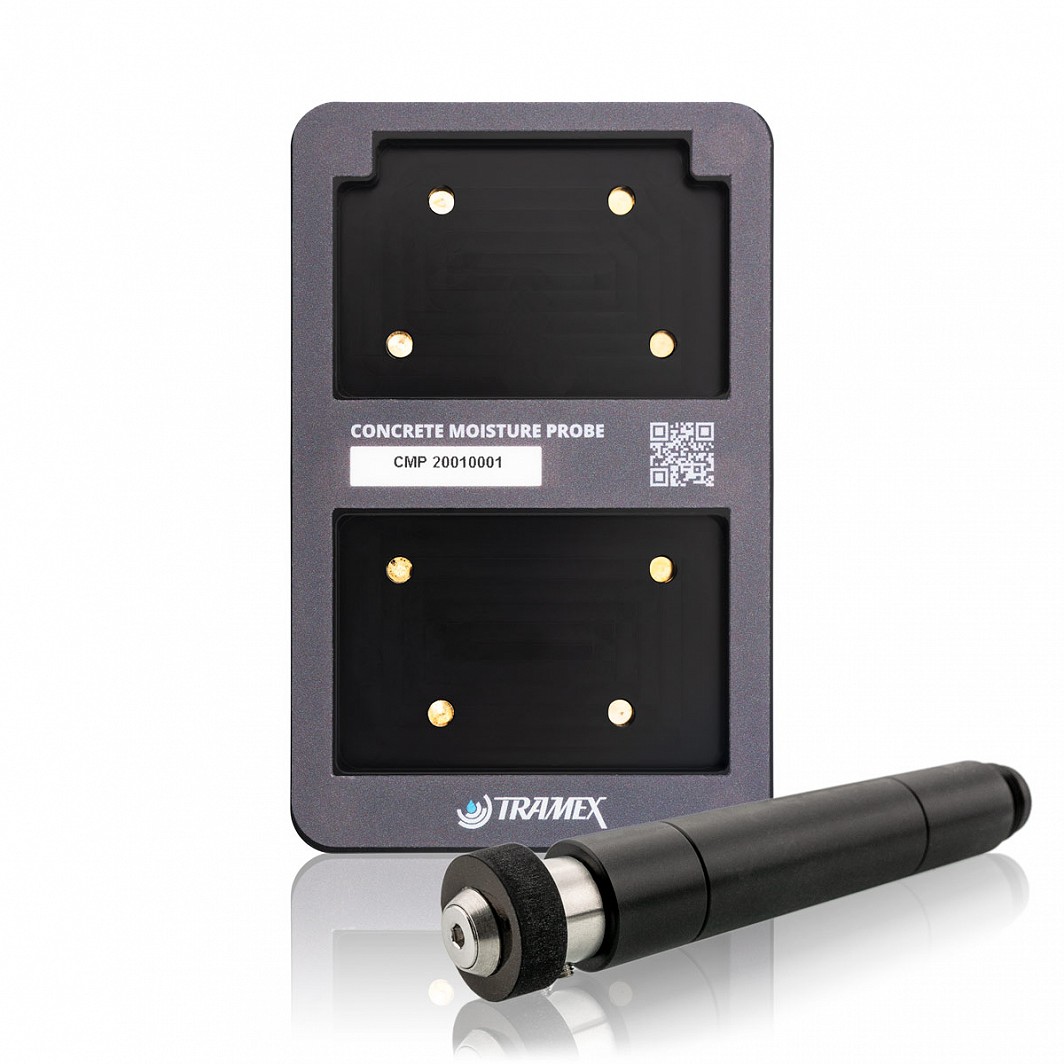 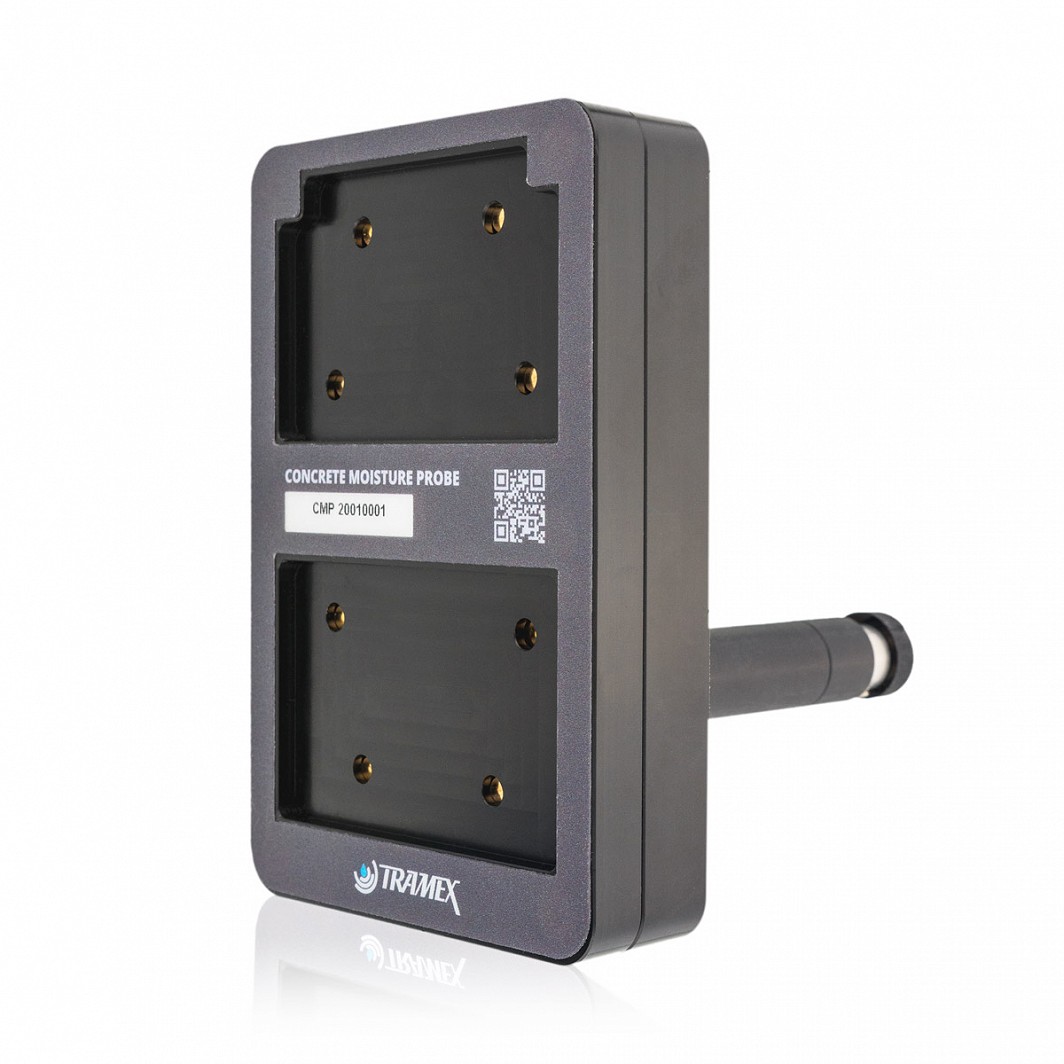 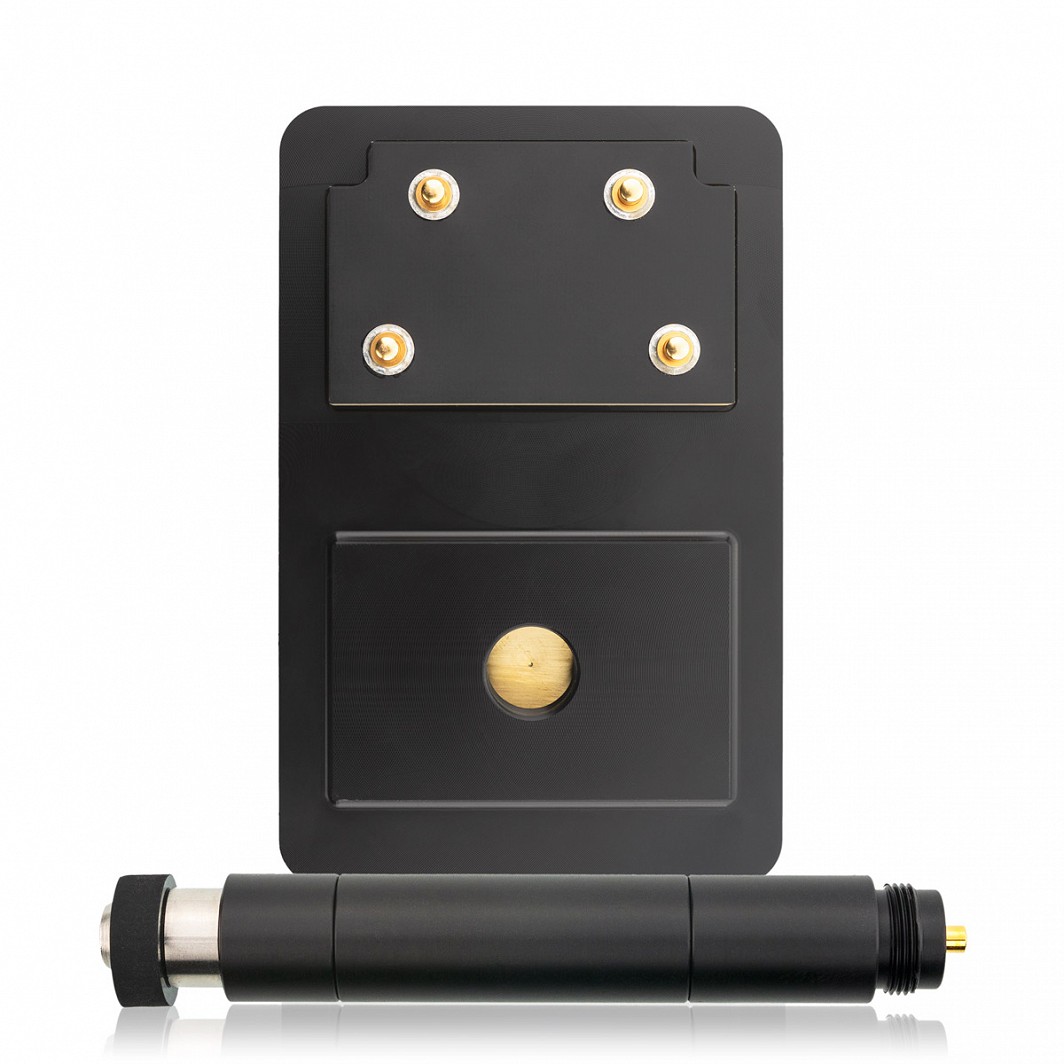 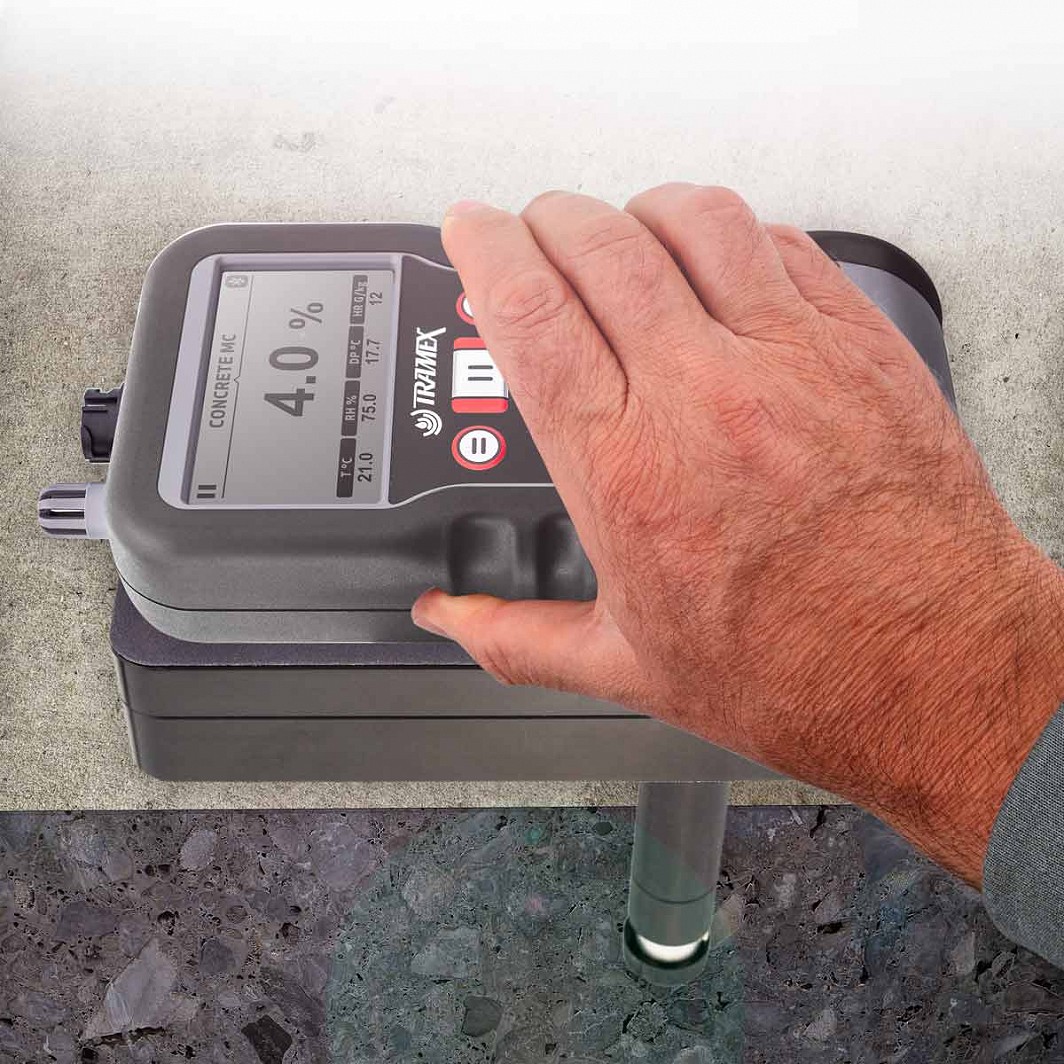 EXTENDING THE CAPABILITIES OF THE TRAMEX CONCRETE MOISTURE METER RANGE

The Determinator helps determine if moisture within the concrete slab is originating from below, within or above the slab. This information can be essential in establishing the next step in fixing moisture problems in a concrete slab.

The Determinator is also available as part of the following kits:

Shipping charges do not include any duty or taxes applicable on import into countries outside of the EU and USA.

The Concrete Moisture Probe when used with Tramex Concrete Moisture Encounter instruments operates on the principle that the electrical impedance of a material varies with its moisture content. The CME instrument is pressed onto the CMP cradle which is pressed onto the material surface with the pins fully compressed and the probe inserted into the pre-drilled 3/4" (19mm) hole to measure the moisture content. The electrical impedance is measured by creating a low frequency alternating electric field between the electrodes and the probe, to a depth of up to 4” (10cm). This field penetrates the material under test. The very small alternating current flowing through the field is inversely proportional to the impedance of the material. The instrument detects this current, determines its amplitude and thus derives the moisture value.

The Determinator cradle should be flat on the slab surface and the Tramex Concrete Moisture Meter placed and firmly pressed onto the cradle with the pins fully compressed.  The probe reads from the bottom, within the body of the slab, up to the surface.

A compact kit for instant and precise testing of both Surface and In-Body concrete Moisture Content in ﬂoors and slabs using a uniﬁed gravimetric-based testing method.

The complete kit for instant and precise testing of both Surface and In-Body concrete Moisture Content in ﬂoors and slabs using a uniﬁed gravimetric-based testing method.